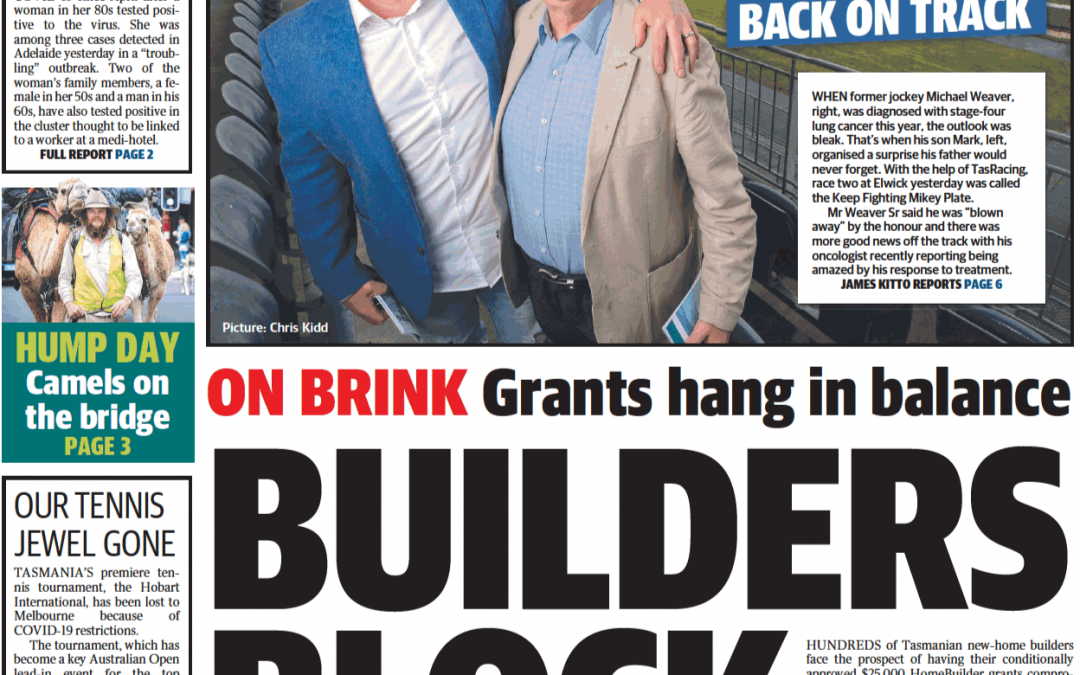 It’s been a busy time on the advocacy front with Master Builders Tasmania leading industry’s influencing and reply to the State Budget, including partnering with Tasmania’s Minister for Women Sarah Courtney to promote a new program aimed at getting more women into male-dominated industries.

Executive Director Matthew Pollock has also been doing the radio rounds continuing our call for an extension of HomeBuilder and the its significant commencement timeframe as bottlenecks build around the current deadlines.

Meantime though Master Builders West Australia this week had a win with the state government deciding to use its discretionary authority to extend the Federal HomeBuilder construction timeframe, easing the bottlenecks there.

Executive Director John Gelavis said states administer the scheme on behalf of the Federal Government and using the power to extend timeframes was a relief to builders because it meant
construction could start within six months of the contract date, potentially up to end of June 2021.

“The Premier’s decision today to extend HomeBuilder, following the Building Bonus extension, will mean smoother construction timeframes, allowing the industry to do what it does best and
build high quality homes,” he said.

MORE: Key Wins From The State Budget At A Glance