Apprentice Of The Year Melanie A Contender For National Honour 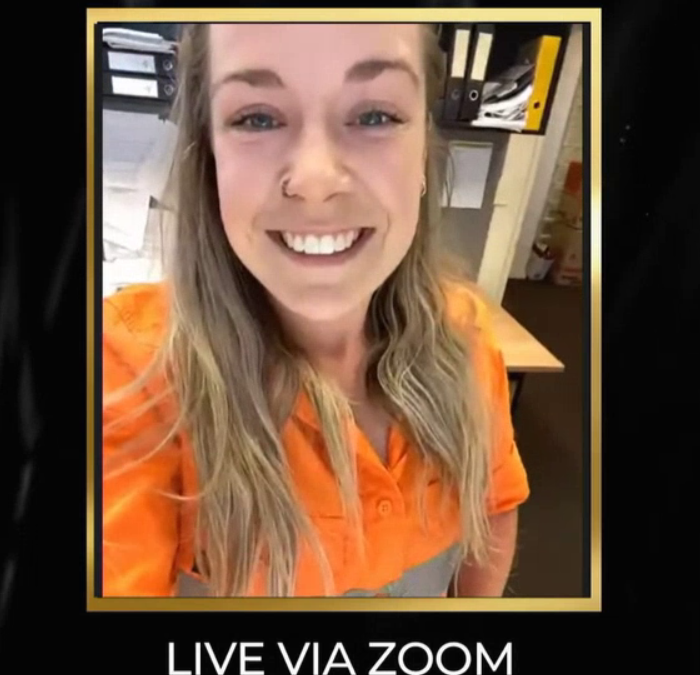 Apprentice Of The Year Melanie A Contender For National Honour

MASTER Builders Tasmania’s State Apprentice Of The Year Melanie Ransley could be named Australia’s apprentice of the year on Saturday.

Accepting the award on Friday, Melanie described how she’s combined carpentry with a teaching degree and aims to build a career teaching carpentry.

“I’ve always loved education and carpentry as well. So I started carpentry and decided I wanted to do a teaching degree alongside that,” Melanie told the awards livestream via Zoom.

“We are committed to improving gender balance in our industry, promoting the career to girls through our Pathways schools-outreach program, and by partnering with government, and other stakeholders to improve participation,” Mr Pollock said.

“She has been promoted by Fairbrother to sub-foreman and is the safety coordinator for her jobs, as well as chief fire warden.”

Tasmania’s Minister For Women Sarah Courtney recently teamed with Master Builders Tasmania and Melanie to promote a $2.5 million commitment to encourage more women to consider careers in traditionally male-dominated industries, and support employers to develop the skills of young women.

Empowering and enabling women and girls to fully participate in our economy and creating jobs is a priority for the Tasmanian Government, Ms Courtney said.

Congratulating Melanie on being named State Apprentice of The Year, Ms Courtney said: “It is success stories like Melanie’s that embodies what we are trying to achieve here in Tasmania.”

“Working with industry bodies like Master Builders to support women to train and enter non-traditional roles.

“Our program also provides support to employers to help young workers like Melanie develop the skills they need to succeed, a long with shifting community perceptions of traditionally male-dominated industries.”